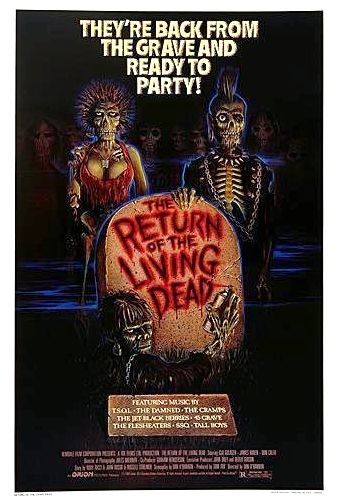 It’s a cliché of irreverent internet humor: atheists celebrating the Easter time season by wishing their Christian countrymen a “Happy Jewish Zombie Day.” The joke is simple to dismiss—but possibly there’s something to become acquired from taking it seriously, more seriously compared to jokers intend. How correct could it be to check the resurrected Jesus to depictions from the undead in popular culture?

Zombies, as popularized by George Romero in Nights the Living Dead and presently portrayed around the Walking Dead, are mindless, rotting, infected corpses that want human flesh. The classic zombie’s movement is almost always referred to as “shambling.” Jesus, by comparison, is trampling lower dying by dying, because the Orthodox Paschal troparion puts it.

The accounts within the Gospels of Jesus’s publish-Resurrection appearances claim that his is not decaying and necrotic but glorious, although having a sometimes veiled glory. First Mary Magdalene, then your disciples on the path to Emmaus, don’t immediately recognize Jesus. Only if he wills it are their eyes opened up to acknowledge their risen Lord. They worship him. Many disciples, seeing the risen Jesus, embrace his ft and do him homage. His ft aren’t the decomposing and discolored ft of the Romero ghoul—and yet they’re wounded. The resurrected Jesus bears scars from his crucifixion and shows these to his doubting apostles, even inviting Thomas to probe his side. This might have been an unpleasant moment for Thomas, however the fright is much more similar to abashed awe than appalled horror. His response, in the end, is “My Lord and My God” (still the standard disciple’s prayer upon seeing your body in our Lord within the Sacrament from the altar).

But Romero zombies aren’t the only type of undeath frequently portrayed in popular culture. Some zombie-aficionados like to return to the Haitian legends that we go ahead and take term “zombie.” These zombies were undead slaves elevated by bokors (sorcerers) using magic (as opposed to a virus, or among the other pseudoscientific causes posited in non-supernatural zombie horror). Is Jesus anything like one of these simple zombies? Someone might explain that Jesus, dead and passive, was elevated with a Power and won’t their own, just like a corpse known as up with a bokor. But we all know the ability and can of God are Jesus’s Power and can! The Catholic catechism clarifies: Jesus “effects their own Resurrection due to his divine power.” The Resurrection isn’t something which happens to Jesus. It’s the work from the Trinity serving as one, fulfilling Jesus’s promise he would lay lower his existence and go up again.

If neither flavor of zombie is going to do, what of mummies? The weather from the Middle East, in the end, is much more favorable to mummies rather than zombies. And Lazarus, resurrected by Jesus, lurched from the grave in the funeral cloths. Alas for that mummy fans, Jesus laid aside his funeral cloths within the tomb, as both Luke and John attest. And the body wasn’t anointed after dying, as was customary (and requisite for Egyptian mummies), while he rose again, departing the ladies who found anoint his body the happy mystery from the empty tomb. Tales of mummies frequently involve ancient curses elicited by trespassers from 1000-year-old gravesites. The grave couldn’t contain Jesus for half per week. And so far as ancient curses go, Jesus’s dying and Resurrection defeated probably the most ancient curse of, those of crime. For everything a mummy might represent, Jesus represents that thing’s defeat.

There’s one undead being frequently portrayed as, otherwise quite glorious, a minimum of glamorous: the vampire. Vampires are usually physically attractive (if pale) and supernaturally effective. Yet they’re driven with a homicidal thirst for blood—rather overturn of Jesus’s offering up their own bloodstream for his Church, which we feel to become a sacrifice he makes daily at Mass. Vampires, whose legend originated from early eighteenth-century Europe, generally is a perversion of the very sacrament, their unslakable thirst a demonic parody of Jesus’s ever-flowing bloodstream given freely for those. A very common tradition holds that vampires cannot enter a home unless of course asked through the inhabitant. Jesus in the publish-Resurrection appearances freely is inconsistent, sometimes shedding in on his frightened disciples unannounced within the upper room.

Let’s say Jesus were a ghost? The disciples themselves feared this. But Jesus reassured them: “Why are you currently troubled? And so why do questions arise inside your hearts? Take a look at my hands and my ft, that it’s I personally. Touch me and find out, just because a ghost doesn’t have flesh and bones as you can tell I’ve.” Jesus even eats a bit of baked fish before them—a playfully quotidian act that reassures them he isn’t only spirit however a body that may breathe and eat and become touched through the doubtful, like Thomas. As he seems again around the seashore, he helps the fishermen disciples to some miraculous haul of fish, then cooks the catch breakfast in a simple charcoal fire. He’s no ghost.

The corporeality from the Resurrection is a realistic look at the Resurrection. Jesus, elevated in the body, is really a promise to all of us who’re his Body. God won’t abandon us towards the grave, or save only an insubstantial a part of us. Within our flesh, we will have God.

John Updike’s poem “Seven Stanzas at Easter” helps make the stakes obvious. If Jesus is really a ghost, to hell with him. “Let us not mock God with metaphor,” he writes. The poem begins:

Make no mistake: if he rose whatsoever
It had been as His body
When the cell’s dissolution didn’t reverse, the molecule reknit,
The proteins rekindle,
The Church will fall.

It wasn’t because the flowers,
Each soft spring recurrent
It wasn’t as His Spirit within the mouths and fuddled eyes from the
Eleven apostles
It had been as His flesh ours.

Exactly the same hinged thumbs and toes
Exactly the same valved heart
That—pierced—died, withered, stopped, after which regathered
From long lasting Might
New strength to surround.

That’s enough. We shall no more ask for the living one of the dead. Jesus rose: not shambling just like a zombie but kicking lower hell’s door, not swaddled just like a mummy but bursting the bonds of dying in triumph, not thirsting just like a vampire but quenching every thirst, not discarnate just like a ghost but bearing glorious scars. Jesus isn’t undead. He’s alive. Alleluia!