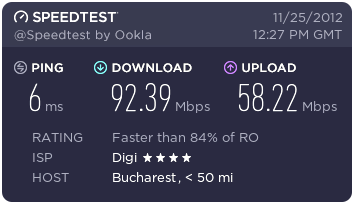 Base builder zombie mod is definitely an concept that totally warps the thought of one half-Existence zombie mod. If you are acquainted with Counter-Strike Source zombie mods, then you’re also conscious of the physics which enables the consumer to basically build his/her very own barricade using couches along with other objects lounging around. By using this concept, I figured of moving this concept one step further and permit the consumer to produce their very own entire bases. In the end, everybody loves to make their very own maps. So why wouldn’t you allow them to?

Because every user differs and can prefer to build their very own variations of bases, every round differs. It’s extremely difficult to recreate exact bases (unless of course the consumer has practiced considerably), so playing one map will not get too old too rapidly.

– What it is Performed –

Base Builder divides the gather into two important phases: the build phase and so the defend phase. Throughout the build phase, the builders (CTs) must work together to be able to build their very own bases by searching in an object and holding lower their "+use" key. The item will turn a pure color become transparent. As the object has been grabbed, the consumer may move it by searching where he/she would like it to visit. Furthermore, players could use their right and left mouse buttons to push and pull the item professionally.

Once the user is content using the objects new location, he/she will release their "+use" key and it’ll be a solid object again. Admins also provide the initial capability to lock/unlock pieces from movement by typing "/lock" while searching in the object they need locked. This will make the chosen object a good color (associated with their personal color) and unmovable until it’s unlocked. (See object locking for more information)

Throughout the build phase, the zombies (Terrorists) wait and examine the builders (CTs) bases for possible flaws and organize their attack strategy. The zombies spawn area is usually split up into a double edged sword: the viewing area having a window to determine the bases being built, and also the spawn area having a "barrier" the door to go in the world.

Once the build phase ends, there’s a choice of a preparation phase occuring (See preparation phase for more information). When the preparation phase ends, the defend phase begins. At these times, the barrier is going to be removed and also the zombies released to get rid of the survivors. The zombies have only a particular period of time to get rid of the survivors (Based on their mp_roundtime CVAR see CVARs for more information). The humans must defend their bases with a variety of different weapons each being helpful in their own individual way. Should you die like a zombie, then you’ll respawn after X seconds to rejoin the battle. Should you die like a survivor, you’ll either have hold back until the round has ended, or else you will become "infected" and respawn like a zombie.

Building bases could be fun! You will find unlimited options. After working numerous hrs testing and playing this modification, I’ve come across many differently-styled bases be rather effective. Typically, players stick accumulating, but from time to time someone will develop a tunnel-style base. In my opinion, ground bases are more effective then air bases.

Build Phase: This really is always in the beggining from the round, when players don’t fight, but build their bases. During this period, it’s imperative that players check and test their bases for flaws, blockages, or mistakes.

Preparation Phase: This was a idea someone posted that sounded brilliant. The preparation phase is really a phase set besides the build phase where normal players aren’t permitted to construct. This is where players also provide their guns menu opened up to pick weapons. In this phase, players possess a time period limit to obtain in their bases, which demonstrated their bases are possible and never blocked. This greatly reduces the requirement for admins on 24/7.

Defend Phase: This is actually the primary fight phase from the mod. In this phase, your get to place your base towards the test, or attack the builders bases.

To maneuver, consider a block and hold your +use key

Right after realizing various flaws using the old claim system, I attempted to devise a replacement. This latest system works from admin flags, which is not an issue, because you wouldn’t want any noob joining and merely locking items to start problems.

Another mode is 1 (enabled). This is comparable to that old claim system, but a lot more efficient (for me). Essentially, within this mode, admins using the lock flag (see flags) can lock blocks that just they are able to move. These blocks are only able to be unlocked by them, or perhaps an admin using the override flag (see flags). Blocks locked with a user are automatically a significantly more dark form of their personal color. In the finish of every round, a these "claimed" blocks will reset. Players are only able to claim a max quantity of blocks (again, to avoid abuse).

The colours product is an addition where players can pick their active objects colors while moving them (as well as claimed). Essentially, at the beginning of each round, a person is assigned an arbitrary color from the Crayola 24-Pack (I understand… awesome right?). Then they build with this particular color, and may change it out with respect to the variable. If bb_colormode is , then each player can pick their very own color in the menu (meaning several people have a similar color sometimes). If bb_colormode is 1, then each player can continue to make use of the menu, however, just one player may use one color at any given time. Finally, if bb_colormode is 2, then each player is assigned an arbitrary color, and they’re tied to that color, however they will be able to type /random to get a replacement.

I spent considerable time attempting to make this mod suitable for ZP classes. Typically, ZP zombie classes will act as lengthy because they are not very complex. If they’re complex, or otherwise compatible, you will need to open their source and edit them to ensure they are work. It’s really quite simple to create new classes, take a look at bb_classes64.sma to determine the standard ones and make after that. You may also simply make brand new ones specifically for Base Builder (Because ZP classes will require balancing) that is really things i suggest trying. Best of luck, and that i hope it’s easy enough for the guys to know. Consider the include files to determine an in depth listing of natives/forwards as well as their inputs/outputs.

bb_min_dist_set "64" //Grab set (when they grab object that’s too close, what lengths to create distance)

bb_resetblocks "1" //Reset blocks on new round

bb_zombie_supercut "" //One hit kill for zombies

bb_gunsmenu "1" //Make use of the internal guns menu, and have another wordpress plugin handle it 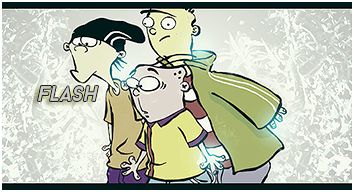 /fixspawn = Respawns survivor during build phase (fixes when they stick themselves)

/round = Displays current round (ex. Round 3 of four)

/colors = Opens the colours menu (based on CVAR)

/mycolor = Returns what your present color is

/guns = Opens the guns menu on your own

/releasezombies = By hand starts the round

bb_swap // Switches the gamer towards the opposite team (and respawns them, no dying counted)

To edit the following, open basebuilder65.sma and for the top, edit these definitions to ADMIN_ anything you want. When you are satisfied, simply recompile.